The latest and most extensive study on the impact that wind turbines have on home values was conducted by US researchers for the US Department of Energy.  The authors studied 7,500 sales of single-family homes situated within 10 miles (16 km) of 24 existing wind farms in nine differentU.S.states.  The homes were sold between 1996 and 2007, covering a time span from before the wind farms were announced to over two years after construction.  The authors concluded that, based on the data gathered, there is no statistically significant link between the implementation of a wind farm in a region and the change in home values.  The study also includes a detailed list of previous studies on the topic. 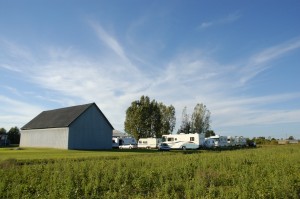 No such systematic study has been conducted in Québec, but some information is available.  After several wind farms were constructed in three Gaspésie municipalities (Cap Chat, Baie-des-Sables and Carleton), SNC-Lavalin Inc. consulted the municipal general managers, who confirmed that the installation of wind farms had not adversely affected property values.

Surveys carried out in Gaspésie, where wind farms are in operation, show that residents do not view wind farms negatively and that wind farms have not made residences less attractive to potential buyers.

In May 2009, Cartier Énergie éolienne published the study Suivi d’exploitation pour le parc de Baie-des-Sables. This follow-up was a requirement of a certificate of authorization issued by the Minister of Sustainable Development, the Environment and Parks.  It discusses surveys conducted in 2007 and 2008 among the region’s residents and tourists.  The survey results show that an overwhelming majority of tourists and residents believe that the impact wind turbines have on the landscape is acceptable (85% to 90% of the various population segments surveyed consider that the impact on the landscape is entirely acceptable or quite acceptable). 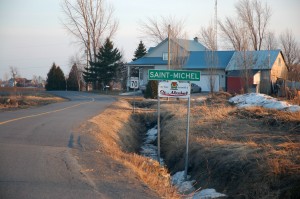 In the fall of 2007, Senergis (formerly Multi Réso) conducted a survey of 1000 people, of whom 500 lived less than 10 km from wind farms in theLower St.Lawrenceand Gaspésie.  Of those 500 respondents, 44% said they could see the wind turbines from outside their home.  Satisfaction with wind farms increased from 83% when the projects were announced to 86% one year after their construction.  Seventy-four per cent of these respondents somewhat or strongly disagree with the following statement:  the installation of a wind farm is bad for tourism in the host region (by way of comparison, only 68% of respondents across Québec, excluding theLower St.Lawrenceand Gaspésie, disagree with that statement).

A study released in February 2010 on the effect wind farms have on real estate values in a region ofSouthern Ontariothat is similar to the Montérégie region provides additional relevant insight.  When this study was conducted by the appraisal firm Canning Consultants Inc. and John Simmons Realty Services Ltd. in 2009, one wind farm was already in operation and three additional wind farms had been announced for the region a few months earlier.  The topography of thisSouthern Ontarioregion is similar to that of Montérégie (flat, predominantly agricultural land with urban nodes).  A total of 108,000 people live in nine communities (compared to 48,000 people living in the six municipalities involved in the Montérégie Wind Farm Project) in this Southern Ontario region, which is close to a major urban centre (Windsor).  After using several comparison tools, the authors concluded that there was no evidence in the study area to indicate that residential properties inside the viewshed of wind turbines realized lower sale prices than similar properties within the same area that were outside of the viewshed of wind turbines.